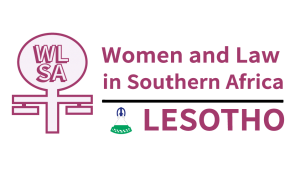 Beyond Inequalities is a series of publications which profile the status of women in Southern Africa and the initiatives bring made to mainstream gender in development processes in the region. This series presents the situation of women and men in the Southern African Development Community (SADC) as a region, and in each member country.

In the process leading to, and after the Fourth World Conference on Women in Beijing, China in 1995, Southern Africa has seen a slow but noticeable change in the attitudes towards the integration and mainstreaming of gender issues and perspectives in national and regional programmes and policies. This has culminated in the SADC Council of Ministers adopting a set of recommendations in February 1997 to make gender an important element in the region’s programme of action and community-building initiatives. The fruits of these policy declarations are still to be realised.

The reality of the women of southern Africa is that they remain a vulnerable, marginalised group that is yet to enjoy equality in status, and access to services and resources with male counterparts. Women are found at the “bottom rung of poverty, of illiteracy, of landlessness”; and are concentrated in the rural areas where facilities and services are scarce. Women are the most affected by the negative impacts of economic adjustment programmes, women and girls, who are victims of the worst forms of violence.

While women are the daily managers and users of natural resources, largely for the benefit of others, women are not involved in the major decisions that affect these resources and the environment.

In politics and decision-making, women turn up in the largest numbers every election year as they constitute more than half the population of the different countries. Yet women are visibly absent in decision-making positions of government, parastatal organisations, and private companies. Women remain concentrated in the so-called “female professions” and at the very best are in the middle-management positions.

For strategies to be developed that address the subordination and vulnerability of women, it is important that the causes of this situation are identified. The series Beyond inequalities reviews the roles and responsibilities, access to and control over resources, decision making powers, needs and constraints of women vis a vis men.

Fill in our online sign up form and we will be calling you back soon with ways to solve your problems.